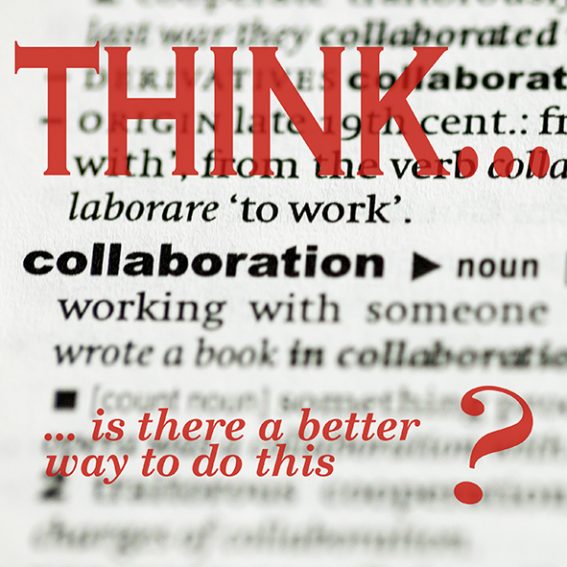 Conflict is a normal and unavoidable aspect of human relationships. The really important thing is to be able to recognise conflict or the potential for conflict early enough to be able to avoid or minimise its capacity to cause damage.

If handled early and positively, with good communication skills the conflict situation can be harnessed to provide a whole range of potential benefits such as:

The cost of resolving conflict early is almost always going to be cheaper than leaving it unresolved. Unresolved conflict can have many damaging hidden costs as well as the obvious ones such as the increased time spent by management on internal processes and any attendant legal costs. The hidden costs arise from issues such as:

It is estimated that managers currently spend between 30% and 40% of their time dealing with issues that arise from conflict in some form or another.

The vast majority of workplace conflicts arise and then fester because of ineffective communication or misinterpretation of behaviour. This can lead to individuals imputing all sorts of false motives to one another which causes the conflict to escalate out of control. As well as being a more effective communicator, explaining why you are doing what you are doing, learning when and how to have the ‘difficult conversation’ are key soft skills for every manager. Always be conscious of the possibility that what you say and do may be capable of misinterpretation. You should also learn to become an ‘active listener’ so that you can understand your employees’ points of view and empathise with them.

Conflicts in the workplace often entail a sense of unfulfilled needs on the part of at least one of the participants. These unfulfilled needs can arise from a range of factors. Commonly, it will entail issues such as a desire to have a sense of autonomy or control over their own work or to have increased recognition for what they do, but it may also be as basic as a need to feel respected and valued. Identifying these issues and then finding ways to address the employee’s needs in an acceptable way is frequently the key to avoiding or resolving conflict.

The very process of attempting to identify what the employee’s underlying interest is will often be the key to understanding the position that they have been adopting in a conflict situation. It may also lead to a very obvious way to resolve the conflict in a quick and effective way. These are the sorts of skills that mediators use to help parties to resolve conflict. When the underlying interests of the parties are analysed, it is amazing how often they have more common interests than conflicting ones. Those common interests can then be exploited collaboratively to address the opposing positions and to find a course of future conduct that avoids or resolves the present conflict.

These are skills that can be taught and once acquired, will equip you not just with better management skills but with better life skills as they can be deployed in situations that affect all aspects of your life.

Try to learn to be slow to attribute negative motives to those whom you perceive to be the source of the problem. There is a principle known as Hanlon’s Razor which should be an essential part of every manager’s toolkit. It is an aphorism which can be expressed in many ways, including “Never attribute to malice something which can be adequately explained by stupidity”. It should help you to ensure that you subscribe to the ‘cock up’ theory not the ‘conspiracy’ theory of life.  If you cannot rule out stupidity as the cause of the problem, you should never assume a malicious intent.

If someone does something that conflicts with what you think you would do in their position, it probably just means that you have an imperfect assumption about what their position really is. If you don’t assume malice and don’t just assume that they must be stupid, but open your mind to the possibility that (a) you may not understand their motives, which may have a sensible explanation and/or (b) they may have made some imperfect assumptions about you and your position and/or (c) you might be being unreasonable or irrational yourself, then you will find yourself in far fewer conflict situations and you will be less angry about the apparently infuriating things that others do.

Another danger or imputing motives to the words or deeds of others is that you will then process all future words and deeds by that person and/or their associates through the same filter, making the situation appear worse and worse at every turn. Learning to have open and frank discussions with people will often lead you to understand that your assumptions were misplaced or at least imperfect and will avoid conflict arising or becoming too damaging.

It is almost impossible to fix a deteriorating or broken relationship by trying to manipulate or control the other person’s behaviour. If you are unable to have a full and frank discussion with them on a reasonable basis, you can always change the way in which you behave towards them. However difficult or frustrating someone is being, experiment with different ways of interacting positively with them and try to avoid being either aggressive or passive aggressive.

It can be very difficult to listen to the other party in a conflict. It is even harder to teach yourself to really ‘hear’ what they are saying. The natural reaction is either to dismiss what they are saying out of hand or to stop them from talking by interrupting and seeking to counter the points that they are making.

The key skill to acquire is that of ‘active listening’. It is probably the most important tool in the mediator’s toolkit. Active listening requires you to absorb the other person’s position and viewpoint while suppressing your own contrary views. Understanding what makes them ‘tick’ will help you to develop empathy and to identify the unfulfilled interests and needs referred to above.

There is an absolutely critical ritual to active listening: by conferring a right upon the other person to be heard and understood, you acquire a reciprocal right for yourself. This sort of listening has to be done quietly and respectfully, but never passively. It is not about taking turns to talk it is about taking turns to attempt to explain and to understand.

Another key skill that will help you to develop your active listening ability is learning how to reflect back to the other party what you understand that they have just told you. This has three very positive benefits:

Remember, an awful lot of conflict arises from the failure to acknowledge the other person’s view.

When someone upsets you, it is often easier to engage in some form of retaliatory conduct than it is to engage in direct communication with them. Don’t be that person. If someone has made you angry or caused you frustration, try to find ways to address that emotion directly with them. You may well find that actively listening to what they have to say about the issue will alter your whole perception of the situation. Of course, it may also result in an acknowledgement by the other person that they have behaved inappropriately.

If someone does upset or frustrate you or behaves inappropriately towards you, do consider taking time to cool off and to gather your composure. Don’t react impulsively. As discussed above, try not to assume a negative motivation for what they did or said. Think about Hanlon’s Razor and open your mind to the possibility that stupidity or misunderstanding on someone’s part may be responsible for what has occurred rather than a malicious intent.

Try to be objective. Take time to try to understand what the real cause of the situation is. If you find yourself making assumptions, take the opportunity to articulate them to the other party in a reasonable and open way that gives them an opportunity to correct any mistake you may have made.

You may never agree with the other person as to how or why the conflict arose and you will almost certainly never agree whose fault it really was – of course, the likelihood is that you both at least had a hand in making it worse. After all, it takes two to tango! However, you may well be able to agree that you both do not enjoy being in conflict and that you would prefer to find a way to stop the same thing from happening in the future.

Focussing on how to make things better (or at least different) going forwards is often the key to resolving workplace disputes, especially if it is inevitable that the parties will need to continue to work together or interact in the future.

It is important to remember that it is not essential that you become friends as the result of resolving your differences. It is enough that you can learn to respect each other’s positions and to be effective colleagues.