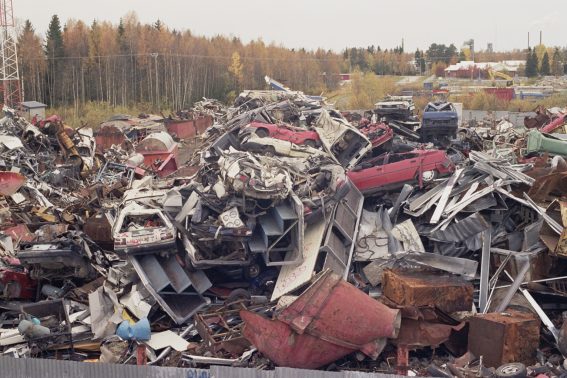 A hugely important Supreme Court decision this morning has resulted in the scrapping of the current Employment Tribunal fees scheme. The Fees Order has been found to be unlawful under both domestic and EU law because it has the effect of preventing access to justice. Since it had that effect as soon as it was made, it was therefore unlawful and has been quashed.

The fees regime had resulted in an almost 80% drop in claims since its introduction and many people were deeply concerned by the impact that fees were having upon access to justice. The case was brought by the trade union UNISON which has been waging a battle against the introduction of these fees for 4 years and has eventually won an enormous victory against the government. Frances O’Grady, the TUC general secretary has described it as a “massive win” for workers.

The Supreme Court’s ruling was unanimous that the government acted unlawfully when it introduced the fees scheme in 2013. The effect of the judgment not only means that the current scheme has to be scrapped, but the government is also going to be responsible for about £30m worth of fees that have been paid since the introduction of the fees regime.

Unison has posted its reaction to the decision on its website quoting General Secretary Dave Prentis:

“The Government is not above the law. But when ministers introduced fees they were disregarding laws many centuries old, and showing little concern for employees seeking justice following illegal treatment at work. The government has been acting unlawfully, and has been proved wrong – not just on simple economics, but on constitutional law and basic fairness too. It’s a major victory for employees everywhere. UNISON took the case on behalf of anyone who’s ever been wronged at work, or who might be in future. Unscrupulous employers no longer have the upper hand. These unfair fees have let law-breaking bosses off the hook these past four years, and left badly treated staff with no choice but to put up or shut up. We’ll never know how many people missed out because they couldn’t afford the expense of fees. But at last this tax on justice has been lifted.”

The government introduced the fees scheme which saw workers having to pay fees of up to £1,200 to pursue a case in the Employment Tribunal with the intention of reducing the number of frivolous and spurious cases that were seen by many employers as being an abuse of process because they were effectively being pursued out of malice. However, the colossal drop in claim numbers was seen by most informed commentators and certainly by employments lawyers as an unlawful impediment to access to justice. Few people believed that almost 80% of cases were frivolous or spurious or being brought through malice and that the real impact was to create a massive ‘pay wall’ as a barrier to bringing a claim.

The Ministry of Justice has already announced that it acknowledges the effect of the judgment and that the Government will take immediate steps to stop charging and refund payments. It is not just claimants to whom this will apply as employers have often been made to reimburse successful claimants for their fees if successful. However, it is not yet clear whether or not the Government will have a further attempt at introducing a less objectionable scheme to replace the one that now has to be scrapped.

One of the particularly problematic aspects of the scheme was that discrimination cases cost more for claimants. The Government sought to justify this on the basis that the claims were more complex and the hearings take longer. However, the Supreme Court has now held that this was indirectly discriminatory because a higher proportion of women would bring discrimination cases. The Supreme Court also noted that the comparatively high level of fees compared to the comparatively low level of average awards meant that a proportion of people would not bring cases because the fees would render any victory almost pyhrric. It also drew attention to the fact that potential claimants in low or middle income households simply could not afford to fund the fees “without sacrificing ordinary and reasonable expenditure for substantial periods of time”. The court observed that while court fees for small claims are related to the value of the claim, the ET and EAT fees bear no direct relation to the amount sought and could therefore be expected to act as a deterrent to claims for modest amounts or non-monetary remedies (which together form the majority of ET claims).

The evidence before the Court showed that the effect of the Fees Order was a dramatic and persistent fall in the number of claims brought in ETs, with a greater fall in the number of lower value claims and claims in which a financial remedy was not sought. Fees were the most frequently cited reason for not submitting a claim. Worked examples of the impact of fees on hypothetical claimants indicated that in order to meet the fees they would have to restrict expenditure that was ordinary and reasonable for maintaining living standards.

It will now be interesting to see what happens to the level of claims and whether they will climb back up to previous levels. Much may depend upon whether the Government seeks to introduce a replacement scheme.

The full judgment of the decision of the Supreme Court can be found here: https://www.supremecourt.uk/cases/docs/uksc-2015-0233-judgment.pdf